Check back soon – more speakers to be announced! 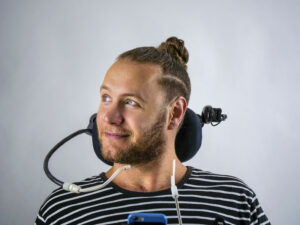 Professional wakeboarder Brad Smeele dedicated more than half of his life to perfecting his craft, and as a result he quickly became known as an innovator who pushed the limits of the sport. After claiming two Junior World titles he became one of the first in the world to land a 1080. As his career progressed he continued to push the sport with world firsts; such as the multiple double flip combinations featured in the award-winning film ‘Prime’.

Brad then won the 2014 trick of the year award with the worlds first double tantrum (back flip) to blind over a mega ramp. Unfortunately, just weeks later, Brad took a heavy crash attempting to land that same trick again, resulting in him breaking his neck, leaving him a quadriplegic.

Brad now inspires people worldwide with his tenacity to not only regain movement, but also to live a full and action packed life, regardless of his debilitating injury. Brad inspires people of all ages through his story of resilience and how he found happiness after his life changing injury. 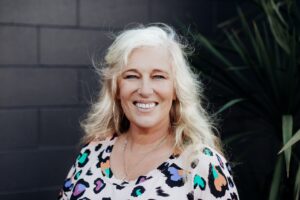 Julia Grace is a unique Mental Wellness Communicator. She’s the Professional Speakers Association of NZ ‘Educator of the Year’ and ‘Breakthrough Speaker of the Year’. Julia is a Tui award winning Singer/Songwriter and an NZ qualified teacher.

Julia shares openly and honestly using her personal journey with diagnosed anxiety and depression, combined with an Educational Psych focus and 30 years of classroom experience. Using her unique blend of Science, Story and Song, she teach audiences of all ages in a FUN way to learn to ‘Be Kind to Their Mind’.

‘I’m so excited by the opportunity to help both this and future generations better understand their Mental Wellness, learning to lead successful and productive lives while still being honest about the challenges we all face.’ – JULIA